Registration for the President's Prize 2021.

TO REGISTER: CLICK THE ZOOM REGISTRATION LINK DIRECTLY BELOW TO SECURE YOUR PLACE:

Abstract
Antimicrobial resistance (AMR) rates have increased at an alarming pace due to the excessive and unregulated use of antimicrobials in both human medicine and agriculture. Molecular technologies are now more accessible than ever, with whole genome sequencing (WGS) offering a potential alternative for labour intensive phenotypic methods such as Disk diffusion, minimum inhibitory concentration (MIC) and Epsilometer-test (E–test), traditionally utilised to detect AMR. Using WGS, it is possible to detect all AMR genes in a given isolate, rather than the selected panel of antimicrobials tested using alternative laboratory methods. The aim of this study is to investigate whether Whole Genome Sequencing (WGS) can be used as an accurate predictor of antimicrobial resistance (AMR) in Escherichia coli (E. coli) isolates of bovine origin.

Conclusion: WGS is a useful tool in the prediction of AMR. It may detect resistance to antibiotics which are not routinely tested for phenotypically. More research is needed to investigate the genes conferring resistance to some antibiotics.

TJ Maunsell graduated in 2020 with a BSc (Honours) in Medical Science from GMIT.
He specialised in Medical Microbiology and Clinical Chemistry and completed his clinical laboratory
placement in University Hospital Galway.
He carried out his research project in the UCD Centre for Food Safety and is currently working as a
medical scientist in Blackrock Clinic, Dublin.

Abstract: Streptococcus pneumoniae are Gram-positive diplococci that are responsible for significant infections such as pneumonia, bloodstream infection and meningitis. S. pneumoniae serotype 3 have persisted as a predominant cause of invasive pneumococcal disease (IPD) in Ireland, despite their inclusion in the PCV13 vaccine. Current phenotypic methods for characterisation of invasive pneumococci include pulse field gel electrophoresis (PFGE), multi-locus sequencing typing (MLST) and characterisation of isolates based on antimicrobial susceptibility testing (AST) results. In this project, we set out to compare the success of Whole Genome Sequencing (WGS) in predicting the serotype and antimicrobial susceptibility profile of S. pneumoniae serotype 3 isolates. AST was conducted using E-test methodology, while serotype was determined using serological co-agglutination and multiplex PCR. All serotype 3 isolates were sent for whole genome sequencing analysis to the Oxford Sequencing Group, using the Wellcome Trust Sanger institute pipeline. Genomes were submitted to PathogenWatch for cluster generation, speciation and prediction of susceptibility profiles.  WGS showed excellent concordance with routine phenotypic methods for the prediction of isolate serotype and antimicrobial susceptibility patterns. Despite a prolonged turnaround time for WGS results, WGS technology displayed superior sensitivity and resolution to phenotypic methods.

Grace graduated from TU Dublin City Campus in 2020 with a Bsc (Honours) in Biomedical Science,
majoring in Medical Microbiology and Clinical Chemistry. She carried out her clinical placement year
in CHI at Crumlin. Grace completed her final year project in the Irish Meningitis and Sepsis Reference
Laboratory (IMSRL), comparing whole genome sequencing and phenotypic methods for typing
Streptococcus pneumoniae isolates. She is currently working in the Microbiology department of
St. Vincent’s University Hospital.

Introduction
Breast Cancer is the most common occurring cancer worldwide and is the second leading cause of death by cancer in women (American Cancer Society, 2020). In particular, Triple Negative Breast Cancer (TNBC) is a highly aggressive subtype of breast cancer, with the highest metastatic potential and poorest clinical outcome due to the limited treatment options available (Denkert et al., 2017). Following the promising results of the IMpassion 130 clinical trial, the PD-L1 inhibitor Atezolizumab has become of great interest for the treatment of TNBC (Schmid et al., 2020). Atezolizumab acts by targeting PD-L1 receptors which are present on tumour cells.

Materials and Methods
This project is designed to validate the immunohistochemical VENTANA PD-L1 (SP142) Assay; to determine its ability to stain PD-L1 positive immune cells and describe its performance in terms of specificity and sensitivity. A total of n=42 formalin fixed paraffin embedded TNBC samples were stained with the VENTANA PD-L1 (SP142) antibody on the Benchmark Ultra platform. A subgroup of n=10 of the total sample group were selected for further interlaboratory comparison and interreader studies. PD-L1 expression was assessed as the proportion of the total tumour area covered with any discernible PD-L1 staining in immune cells (IC). PD-L1 expression in <1% IC was reported as negative and PD-L1 in ≥1% IC was reported as positive, and thus a suitable candidate for treatment with Atezolizumab.

Conclusion
As a result of the acceptable sensitivity and specificity levels which were observed, this assay will be used to identify TNBC patients who may benefit from Atezolizumab treatment. Following the successful validation of the assay, TNBC patients can receive a personalised treatment option which is most suited to them. With the advent of personalised medicine, the PD-L1 (SP142) assay is a good example of how a relatively simple laboratory-based technique can identify therapeutic biomarkers in patients who need it the most.

Arianna graduated in 2020 with a first-class degree honour in
Biomedical Science (BSc) from TU Dublin – City Campus, where
she specialised in Histopathology and Microbiology. She completed
her research project for her undergraduate thesis in Beaumont Hospital,
where she is currently working as a Medical Scientist. Arianna is currently
studying an MSc in Clinical Laboratory Science at TU Dublin – City Campus.

The serological crossmatch was previously an important element of compatibility testing that was performed in Blood Transfusion (BT) laboratories across the world (Arslan, 2006). The crossmatch element of compatibility testing was first performed in 1908. However, the crossmatch method that was performed at that time (Immediate Spin (IS)) has been adapted. Crossmatch methods have since developed to include the Indirect Antiglobulin Test (IAT) in the 1950s followed by Electronic Issue (EI) in the 1980s (Chapman et al., 2000; Sandler and Abedalthagafi, 2009). With EI, a computer algorithm ascertains ABO compatibility between a donor and recipient (Howard, 2017). Both BCSH and AABBguidelines specify requirements to assure the safety of EI (Roback et al., 2011; Milkins et al., 2013). Published guidelines have been available since the 1980s regarding EI, however EI is underutilised in many countries (Arslan, 2006). This project evaluated survey responses regarding the utilisation of EI in the Republic of Ireland (ROI) and identified despite its numerous benefits that the majority of BT laboratories have not implemented EI. The NetAcquire version 7.5 system encompassing the EI software was successfully validated in Regional Hospital Mullingar (RHM). The retrospective EI assessment and cost analysis further highlighted the feasibility of EI. RHM will introduce EI pending INAB approval and addition to the scope of accreditation. EI will improve overall efficiency with regard to the routine provision of red cell units whilst most importantly allowing the BT laboratory to respond to fast moving patient requirements for red cell transfusion in an emergency.

Rebecca graduated from GMIT in 2020. She completed both her clinical placement and research project in Regional Hospital Mullingar, where she also worked as a Student Medical Scientist in the Blood Transfusion  laboratory. Following graduation, she worked in the Blood and Tissue Establishment of University Hospital Galway. Since June 2021, she has worked in the Haematology and Transfusion Medicine Department at the Coombe.

Abstract
MRSA is a pathogen of major clinical significance worldwide due to its tendency to persist in the presence of antibiotics and acquire multiple antibiotic resistance, leading to limitations in therapeutic options to treat patients. (Lakhundi and Zhang, 2018).

Fusidic acid is an antimicrobial agent of major clinical utility for the treatment of difficult to treat MRSA skin and soft tissue infections. However, in recent years there is growing concern about increasing levels of resistance to fusidic acid amongst MRSA isolates in Ireland, such that the efficacy of this antimicrobial agent is threatened. (National Methicillin-resistant Staphylococcus aureus reference laboratory, 2018).

The present study involved the use of molecular typing methods SCCmec typing, spa-typing, coa-typing and RAPD PCR to subtype a set of 250 clinical MRSA isolates obtained from Cork University Hospital for epidemiological analysis, in particular to study the epidemiological trends associated with the rising levels of fusidic acid resistance amongst MRSA strains in Ireland.

Of the typing methods employed, spa-typing proved to be the most effective typing method, exhibiting the highest discriminatory power amongst this MRSA population which consisted of 81% highly clonal ST22-EMRSA-15 strains. A total of 28 distinct spa-types were identified amongst the 104 successfully spa-typed fusidic acid resistant MRSA isolates, indicating 28 distinct MRSA strain types acquired a fusidic acid resistance conferring mutation in the fusA gene. This high rate of mutagenesis associated with the fusA gene amongst this MRSA population is indicative of a high level of antibiotic selective pressure associated with fusidic acid amongst this patient population, which indicates the misuse/overuse of this antibiotic amongst patient groups.

Julie Twomey is a First Class Honours Graduate of Biomedical Science
from UCC & MTU, 2020. She is currently in her second year of study in
Graduate Entry Medicine in University College Cork. Julie received the
UCC Scholar award each year of her BSc. studies for her consistent high grades.

Effect of varying levels of RBC Lysis on the interpretation of CSF Spectrophotometric Analysis for Xanthochromia. Sarah Walsh, MTU/UCC

Interpretation of spectrophotometric findings in the investigation of suspected subarachnoid haemorrhage (SAH) may be complicated by traumatic lumbar puncture. The objective of the current study was to determine the effect of varying levels of Red Blood Cell (RBC) haemolysis on CSF spectrophotometric findings. CSF samples were spiked with whole blood to achieve Red Blood Cell (RBC) concentrations ranging from 200-40,000 x 106/L. For each CSF sample, preparation of completely lysed, 50% lysed and unlysed RBCs was undertaken. Each sample was analysed spectrophotometrically for the presence of bilirubin, oxyhaemoglobin and free haemoglobin concentration. The Haemolysis Index and Lactate Dehydrogenase (LDH) concentration were also determined for each sample. CSF samples contaminated with >400 x 106/L completely lysed RBCs and 50% lysis showed significant interference in interpretation of CSF spectrophotometry by giving Net Oxyhaemoglobin Absorbance (NOA) values of greater than 0.1AU. Unlysed samples with RBC concentrations ranging from 200-40,000 x 106/L did not exceed 0.1 AU. LDH levels for each sample type at RBC counts ranging from 200-4,000 x 106/L were significantly lower than levels observed in true SAH. However, LDH levels were significantly higher in lysed and 50% lysed samples with 20,000 and 40,000 x 106/L RBCs, reaching levels commonly observed in true SAH. CSF samples contaminated with less than or equal to 400 x 106/L fully lysed RBCs will not show interference in CSF spectrophotometry for Xanthochromia. The degree of haemolysis following traumatic tap is the most important factor in dictating whether oxyhaemoglobin levels will be elevated sufficiently to mask a bilirubin peak. LDH values may be useful in distinguishing true SAH from traumatic tap in CSF samples contaminated with up to 4,000 x 106/L RBCs, however, LDH values would not be a reliable marker in CSF samples contaminated with higher concentrations of RBCs. 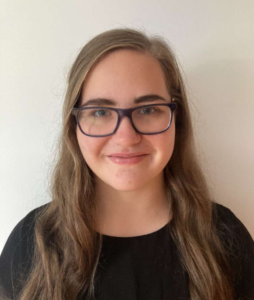 Sarah graduated from the joint CIT/UCC BSc (Honours) in Biomedical Science in 2020.
Following this Sarah progressed to Mercy University Hospital (MUH) to complete her
clinical placement as part of the CIT Diploma in Clinical Laboratory Practice. Since graduating
with the Diploma Sarah is working the Transfusion Science Laboratory in MUH. Sarah completed
her undergraduate project under the supervision of Dr Annmarie Burns of MTU (formerly CIT)
in collaboration with Dr Sean Costello Department of Biochemistry CUH